Big Wing Little Wing by Emily is the Barnard Zine Library's Zine of the Month for October 2020.

Connecticut-based zine crew Emily takes us through her flight attendant (FA) career from dreaming it to doing it, to having done it so long she can provide answers to a host of frequently asked questions. Btw if you think you're being original when asking a stew if they're still flying the friendly skies, it's possible that you're maybe not the first person to think of that joke! 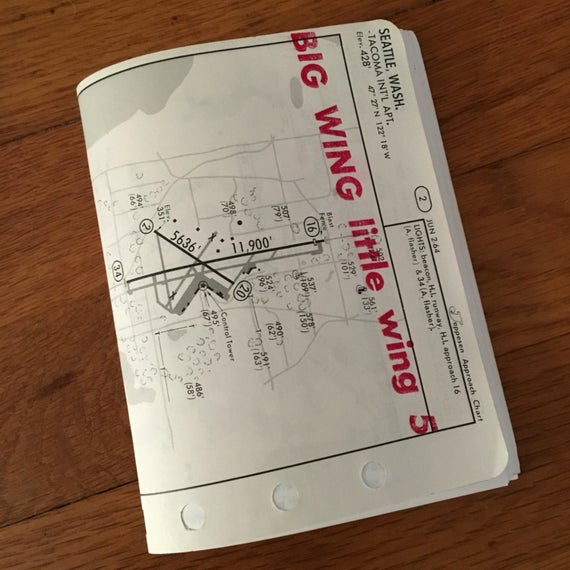 This zine-of-the-month designation came after I read the most recent zine in the series, #5, from 2016 in which Emily answers FAQ about

Being an unrepentant workaholic, I love hearing about people's jobs, but I think others will appreciate Emily's intelligence, sense of humor, airplane drawings, cloud photographs, and general style, even if they aren't fascinated by stew life. The zine is color printed, and previous issues have extra doodads hanging off them. I love the story, in presumably the first issue, of Emily working her ramekins off to desensitize herself to peanuts because who ever heard of a flight attendant with a raging peanut allergy?

Unfortunately, Emily doesn't have an BWLWs in her shop right now. She has other thisses and thats for people who love mail, justice, flight patterns, and friends.

review by Jenna, who, full disclosure, is friendquaintes with Emily, though they've never met in person, and hopes to run into Emily in the air one day