Sillywish #5 is a zine made by a queer, white 14-year-old in 1996. With creator Ocean Capewell's blessing, we have digitized it and provided you a page-by-page view (with transcriptions for screen readers) of her high school freshman self. She writes about depression, body image, and crushing on a friend (using "they" pronouns when "they" was often used by closeted people to avoid specifying a gender, not nonbinary). Other features include quotes from Saved by the Bell and Susan Sontag, zine reviews, and a page about the riot grrrl band Team Dresch. 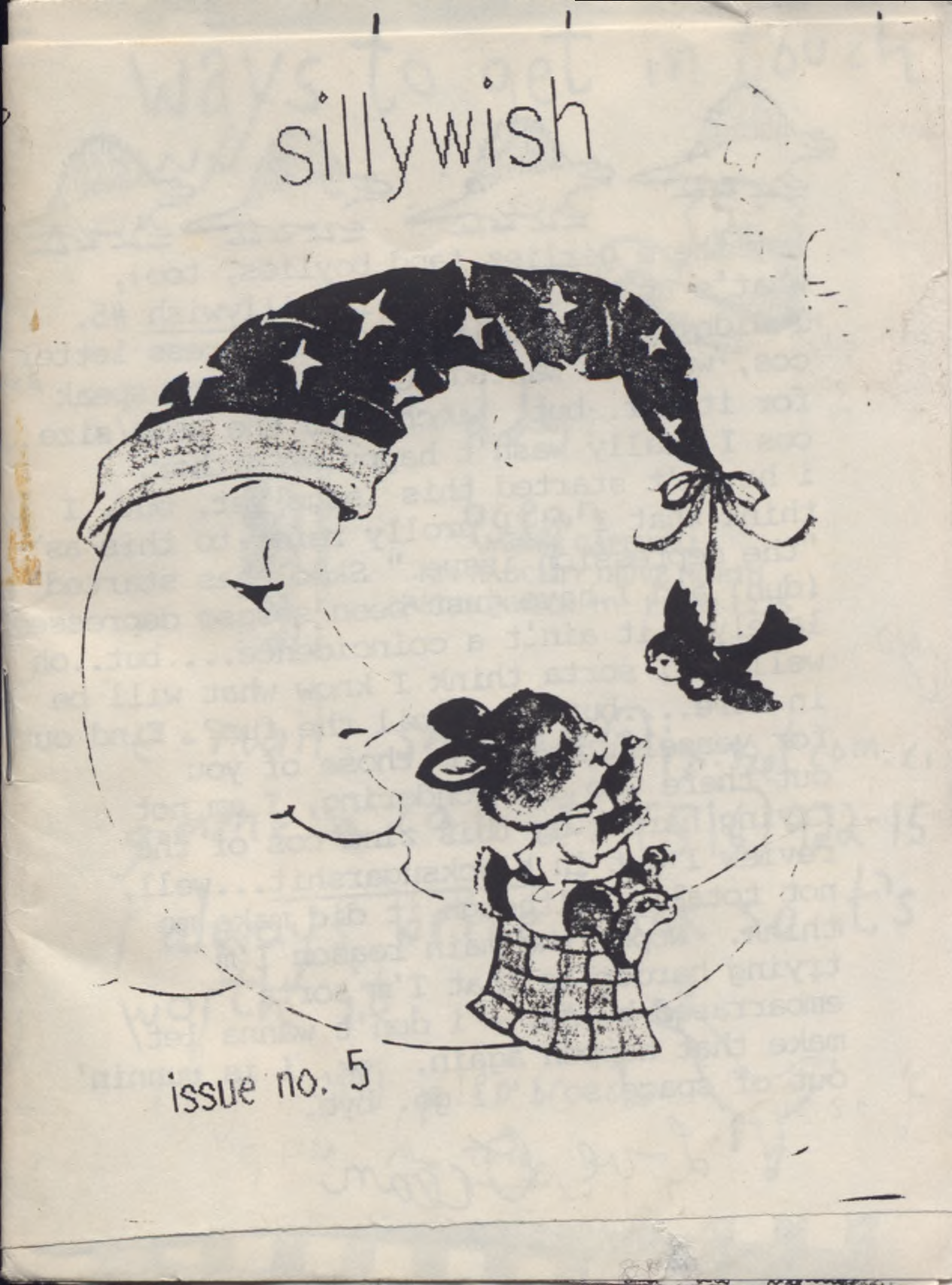