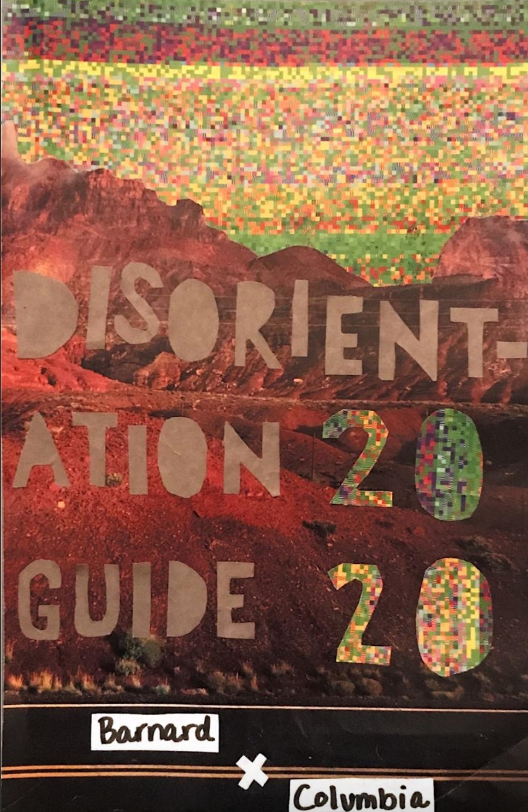 As a Barnumbia newcomer and simultaneous critic of private, moneyed institutions with colonialist upbringings, the Disorientation 2020 guide has been enlightening and reassuring—a warm reminder of the legacy of radical student organizing and its’ “afterlives” of the here and now. The guide introduces you to a dozen or so anti-oppression student coalitions and Black, Latinx, Indigenous, and Asian-led student affinity groups with their histories of action and solidarity attached, all alongside their contact info. It also goes over the colonialist and anti-Black histories of violence and policing at Columbia, both in a visual timeline and in-depth article format detailing:

I see so many parallels here in abolitionist student organizing I’ve been a part of or witnessed at my alma matter, so many tangible wins for students and surrounding community members countered by what must feel like an insurmountable kkkop presence on campus. All in all, I’m honored to be an accomplice to radical student efforts and an eventual part of that legacy—a time-bending and defining solidarity that Barnumbia students are an active part of. I’ll see about joining the Barnard Contingent Faculty Union (page 62!) when I’m feeling a bit more settled.